A Look Back at LG’s Leadership in OLED TV

Posted on Feb 11, 2015 in Product News by Michael Ettlemyer | Comments

The ultimate display of LG OLED TV now sets new standards for the next generation of TV, garnering much attention from all around the world.

The reason why LG OLED TV has emerged as the newest pioneer in the TV market is simple. LG OLED TV brings a whole new level of class from the existing TV market in providing the best picture quality with perfect black levels, infinite contrast ratio, and for the most natural colors.

You may now be wondering how LG Electronics has secured a first-mover advantage with the world’s first OLED TV and become a pioneer in the third generation TV market. Let’s take a closer look into the full story of how LG OLED TVs hit the market. 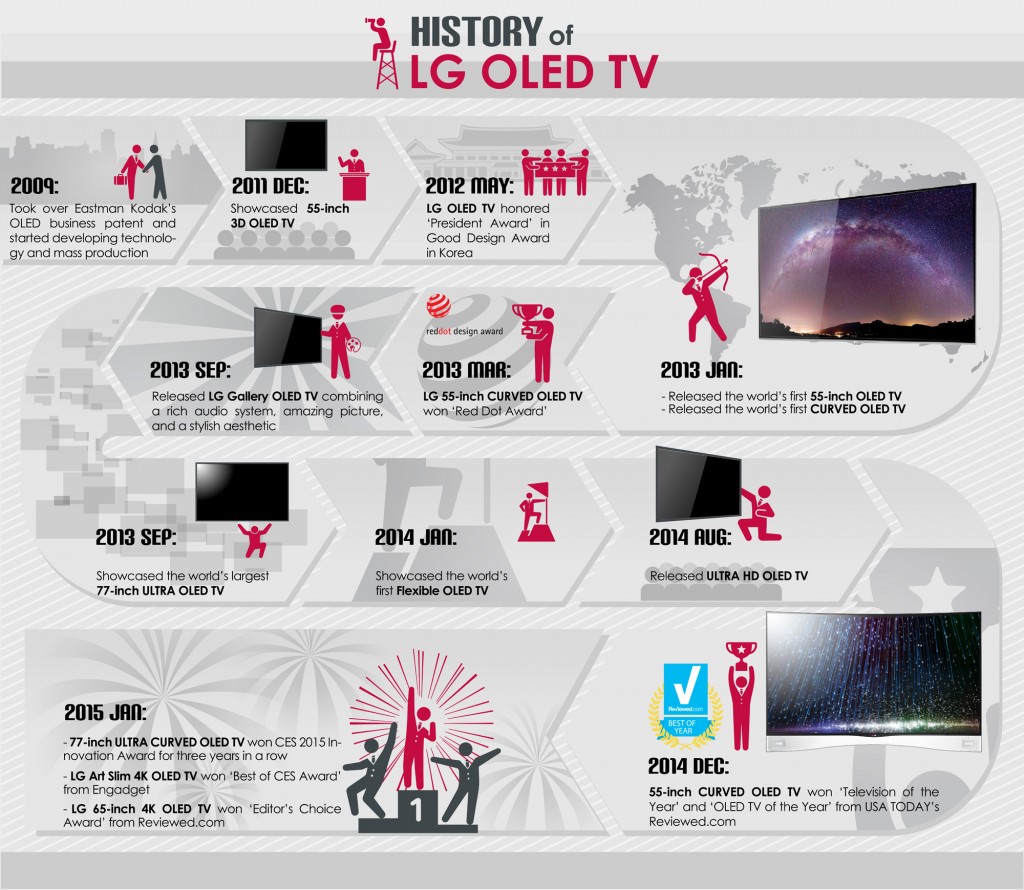 LG’s OLED TV has played a significant role in creating and leading the new era of television as the market leader. As announced in 2015 CES, LG is planning to further expand its OLED TV lineup including seven different 4K OLED TV models that will meet the needs of all types of viewers – flexible, curved and flat models spanning 55, 65 and 77 inches in display size. The future TV technology of OLED TV will continue to astonish the world and dominate the global OLED TV market.