arving pumpkins today is a festive, fun family experience. Quite the opposite of the original purpose of carving Jack-o-lanterns, which were meant to genuinely ward off the devil…

…According to one theory, anyway. 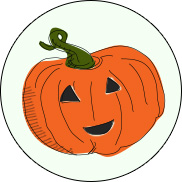 There’s a lot of debate about where the tradition started, as there are records of people carving really creepy faces into gourds and other vegetables for at least the last 10,000 years. The story we’ve decided to go by, and one of the most popular, comes out of Ireland.

It’s believed there was a man called Stingy Jack, who was known to be a drunk, and generally a man of poor character. According to the legend, he invited the devil to drink with him, but not having any money, he convinced the devil to turn into a coin to pay for the bar tab. Once the devil agreed, instead of handing it over, Jack kept the money. 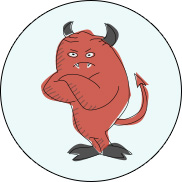 Jack eventually died, conveniently around All-Hallows, and was denied a place in Heaven on account of his display of poor character. Given his treatment of the devil he was not allowed into Hell either (even the devil has feelings). Jack was set off on his way to wander the earth without a place, with only a burning coal to light his way, and he placed it in a carved out “mangel-wurzel” and has been roaming the earth ever since. 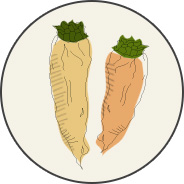 So, it became a tradition for people in Ireland to also carve faces into mangelwurzels, place a candle inside and keep them in the corner of doorways and windows to prevent Jack from roaming into their own houses.

Kinda makes sense, right? Except for that one detail…. What on earth is a mangel-wurzel?!
Well. It’s a large type of beet/turnip used in the UK mainly for animal feed, and it’s really really ugly. We’d go so far as to say it was the ugliest vegetable we’ve seen, like ever. So, it’s not surprising it was used to scare off evil spirits.

When the Irish came the US, they brought the tradition with them, but given that giant ugly beet/turnips are probably really hard to carve, they opted to use softer pumpkins instead.

Got any unusual Halloween tradition stories? Leave them in the comments.